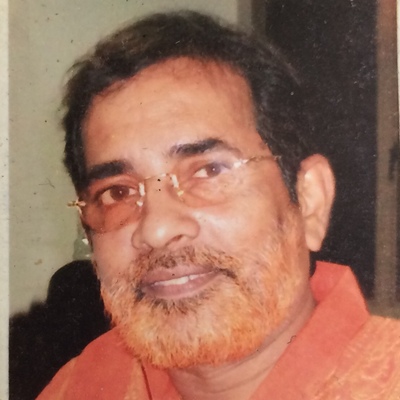 Born in a small town in the Midnapore District in West Bengal my liking for drawing and painting was inborn. After graduating in Fine Arts and spending two years studying in Santiniketan in the same field I submerged in the land of colours. My work travelled through watercolour , oil and specially Pen and Ink. My work found its place in several private collection in India, Newyork, Canada and many other cities in the world.

# Member of Progressive Artists Centre, West Bengal and received Award from G& Shell Factory -1978,1979 and 1980.
# Lady Ranu Mukherjee about First Solo Exihibition of Aloke Dutta:
"Aloke Dutta is holding his first one man exihibition. He is a spirited youngman full of new ideas and joy of life. I wish him all success in life"