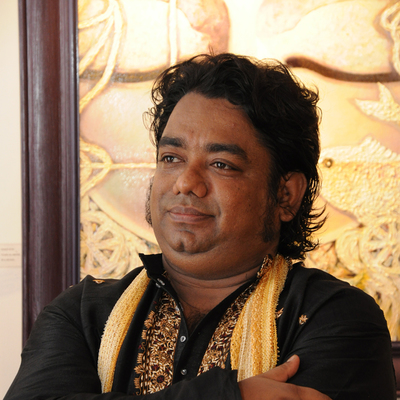 Born in Kolkata,1975. Graduate from India Collage of Art & Craft, Kolkata. Inspire by enlightended heritage of India Classical Art. The subject of painting being the Tranquility and devination of the Ajanta figuration and Gupta sculptures. The floral elements, rythmic plants & figures with the massage of divine contemplation. The paintings are done in multiple layers of paintings to bring out the ultimate effect. Predominant subjects are 'Nirvana', 'Radhakrishna', 'Ganesh Janani' and various contemporary subjects.